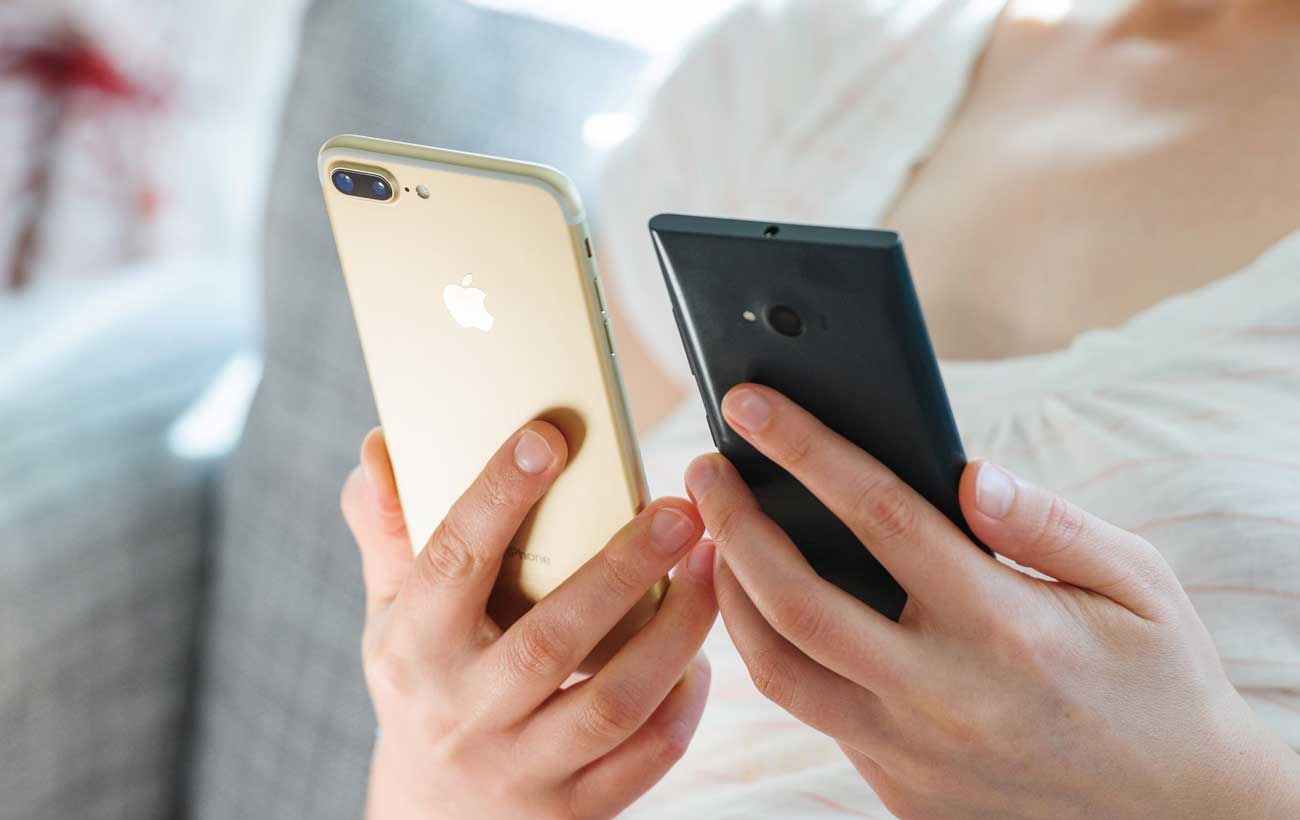 Last year I tested the iPhone 3G, hated it, and returned it after two weeks.  After being a BlackBerry user for 2 years, there were too many things I had to give up if I wanted to make the move to the iPhone, and I just wasn’t going to do it.  Here we are 11 months, one hardware version and one software version later, with the iPhone 3GS, and the iPhone 3.0 software update, and I finally feel like Apple got it right.

When I wrote about my experience last fall, I compared the two “Smart Phones” based on my daily usage and what is important to me.  The combination of the new hardware and new software has eliminated almost all of those shortcomings and the rest are now out-weighed by the advantages to my daily life on the road supporting clients.  Note that as last time, your mileage may vary.

To recap the basic issues I had with the previous generation…

In a nutshell, six of the above nine shortcomings have been fixed with the current generation, and one more should be fixed by the end of this month, but more on that later.  Let me touch on each point for just a minute.

I still hate them.  They are a huge company with departments that don’t talk to each other, customer service is sorely lacking, and the coverage in LA still isn’t as good as Sprint’s. We all experience more dropped calls (despite AT&T’s adds to the contrary) and have poor audio quality at times when our phones show four full bars of signal strength.  However, I will admit that it’s better than it was a year ago.  I’m not sure if their network matured in the last 12 months, if there was an under-the-hood change in the new hardware, or a combination thereof, but the reception is definitely better than when I tested the iPhone 3G last year.  There are rumors that Verizon will become an option for Apple because of their planned role out of a 4G network in 2010, but nation wide coverage isn’t expected to be complete until 2013 (so I won’t hold my breath).

There are two major improvements that, when combined, knock out points two, three, and four above.  The iPhone 3.0 software (available to all three generations of iPhones) adds Spotlight for searching which is easily accessible via two quick methods.  From the home screen, you can either click the home button once and then start typing, or you can swipe once to the right and start typing.  (If you have never played with an iPhone, the applications are stacked in a series of screens that are accessed via swiping back and forth as if you were turning pages of a book.  The Spotlight interface is located on the “left” side of the first or default page, often referred to as the home page.)  You can also tailor your search results to include only items or functions you use.  For example, I only care about finding contacts and email, and have left out items like music, podcasts, and audiobooks.

The iPhone 3GS hardware also finally added voice dialing, accessed by holding the home button for a couple of seconds.  (Note that when first released, this feature only worked via the iPhone’s built-in speaker phone.  With the recent release of the 3.1 software update, it now works via Bluetooth headsets and speaker phones, assuming they too support said feature.)  I spend a lot of time in my car and this is really the only safe way (or should I say far less dangerous way) of making a call.  Unfortunately for owners of the first two generations, this feature is tied to the hardware and not the iPhone 3.0 OS.

During my test of the iPhone 3g and iPhone 2.0 software, one of my biggest frustrations was that trying to find a particular person in my contacts took no fewer than 8 steps. The combined result of Spotlight and Voice Dialing is that I can now access my contacts in one or two clicks. Since I have about 2000 of them, that’s key.

The addition of Spotlight also addresses points five and six.  In iPhone 2.0, email storage was limited to the 200 most recent messages and the only way to find older messages was to manually download more from the server in chunks of 50.  With iPhone 3.0, not only can you now search your locally stored email, you can now search the contents of your IMAP or Active Sync (e.g. Microsoft Exchange, Kerio, and Gmail) based email account on the email server itself, negating the need to store more messages locally.  Obviously your email server needs to support this function, but we have yet to run into one that doesn’t, so it’s a pretty safe bet.   Note that this feature exists only when performing a search in your mailbox, as opposed to the general Spotlight search.  To perform a search, simply scroll to the top of your mailbox and you will now see a “Search Inbox” field, allowing you to search based on the “To”, “From” and “Subject” fields.  Alas you still can’t search the body of the message, but beggars can’t be choosers, now can we?  At the bottom of your results, you will see “Continue Search on Server…” and when tapped, you will see the typical spinning gear, and then your additional results.  In our testing, we found it surprisingly fast.

There are still a few things that are missing. While some of them are considered big holes, others are subtle interface tweaks that seem so simple I just don’t get why Apple, who is known for its user interface elegance and design, hasn’t followed through.  The big holes, which are widely publicized, are MMS (texting with images) and tethering (using the iPhone as an internet connection for your laptop, number nine in my list).  According to Apple, both are AT&T restrictions.  MMS is supposed to start working on September 25th, according to AT&T, but tethering is still a mystery.  AT&T has stated publicly on many occasions that it’s coming, but still hasn’t committed to a specific date.  MMS doesn’t mean much to me for business use, but tethering is a big deal.  Since we made the switch to iPhones for our staff over the last month, we had to be aware that we were losing a feature we relied on with our Blackberries for over two years.  It hasn’t been a show stopper, but we certainly miss it.

On the side of subtle interface issues that are more of an annoyance than anything else (numbers seven and eight in my list), I have to say I just don’t understand two of the limitations of Mail on the iPhone.  If you only have one email account on your iPhone, you won’t care.  However, if, like us, you have more than one (say work and personal), you might.  Personally I have four accounts (three for work and one personal) and yet I still have to stick with one email signature.  Is this a big deal?  No.  Am I whining about something silly?  Maybe.  But with all of the power and functionality in the iPhone, why this limitation?  It just seems so arbitrary and other Smart Phones don’t have this limitation.  Navigating multiple accounts is also a pain and hasn’t changed since my testing last year.  If you want to go from the inbox of one account to another, it’s four steps.  Why can’t Mail on an iPhone work like its big brother does on a Mac?  You can choose to look at only one Inbox at a time or you can choose to look at a merged or combined inbox of all accounts simultaneously. Again, not a show stopper, but something I had on a BlackBerry and lost. Since I need to do this a dozen times a day, it’s annoying.

Even with the few things that are still missing, I have to say I am happy with the iPhone 3GS and feel like it’s finally a valid BlackBerry competitor for heavy business use.  I need to point out that it’s the combination of the 3GS hardware and 3.1 software that make the useable combination because the Voice Dialing feature requires a 3GS.  The long awaited search functions and the horizontal keyboard in Mail (added for all iPhones with the 3.0 software) have dramatically increased the usability factor and I no longer feel like I am fighting a device which is supposed to make my life easier.

It’s important to note that there are some additional, under-the-hood changes intended to increase adoption in larger companies, such as data encryption, VPNs, remote wiping of data on lost devices, etc. I didn’t touch on them here because they didn’t factor into our decision, nor will they for many of our clients.  That being said, Apple is definitely working toward removing what many companies feel are impediments to company-wide adoption of iPhones in larger environments.

As I stated last year, choosing a PDA or Smart Phone really boils down to what you need to do with the device.  As busy as we are, I get very frustrated when technology slows me down, making me less productive.  The iPhone 3G with iPhone 2.0 software did just that.  Now it seems the 3rd time really is the charm and we are no longer the Mac consultants on Blackberries.

iPhone vs. Blackberry as a business tool